If there is one thing that you can be certain of, it is that the governments of every major country around the world, including the last Obama administration, have done a psychological evaluation of President Donald Trump and it is very doubtful that they like what they see.

I found it quite interesting and revealing that, according to CNN, President Obama asked Theresa May, and Australia’s Malcolm Turnbull, “to form a close relationship with [the then] incoming President Donald Trump”. What Obama appears to have understood is that those that have taken a partisan opposition to Trump, by sometimes perpetuating clearly false and bias stories, not only political opposition but also media opposition, have in the process carelessly discarded any influence they might have had over the Trump administration – in exactly the same way that they were no longer able to influence large swathes of the US public who voted for Trump. Which means that when criticism is due and opposition needed – Donald Trump will not listen.

For Theresa May to play any role as a moderating influence on President Trump, she must not be unthinkingly critical.

In the absence of a professional psychological evaluation of Donald Trump, I’ve decided to post extracts from the description of Trump’s likely personality type ESTP – The Entrepreneur. Further exploration of that personality type  can be found HERE.

As the BBC’s Crimewatch always used to conclude, “Don’t have nightmares, do sleep well“

ESTP personality types always have an impact on their immediate surroundings – the best way to spot them at a party is to look for the whirling eddy of people flitting about them as they move from group to group. Laughing and entertaining with a blunt and earthy humor, ESTP personalities love to be the center of attention. If an audience member is asked to come on stage, ESTPs volunteer – or volunteer a shy friend.

Theory, abstract concepts and plodding discussions about global issues and their implications don’t keep ESTPs interested for long. ESTPs keep their conversation energetic, with a good dose of intelligence, but they like to talk about what is – or better yet, to just go out and do it. ESTPs leap before they look, fixing their mistakes as they go, rather than sitting idle, preparing contingencies and escape clauses.

ESTPs are the likeliest personality type to make a lifestyle of risky behavior. They live in the moment and dive into the action – they are the eye of the storm. People with the ESTP personality type enjoy drama, passion, and pleasure, not for emotional thrills, but because it’s so stimulating to their logical minds. They are forced to make critical decisions based on factual, immediate reality in a process of rapid-fire rational stimulus response.

This makes school and other highly organized environments a challenge for ESTPs. It certainly isn’t because they aren’t smart, and they can do well, but the regimented, lecturing approach of formal education is just so far from the hands-on learning that ESTPs enjoy. It takes a great deal of maturity to see this process as a necessary means to an end, something that creates more exciting opportunities.

Also challenging is that to ESTPs, it makes more sense to use their own moral compass than someone else’s. Rules were made to be broken. This is a sentiment few high school instructors or corporate supervisors are likely to share, and can earn ESTP personalities a certain reputation. But if they minimize the trouble-making, harness their energy, and focus through the boring stuff, ESTPs are a force to be reckoned with.

With perhaps the most perceptive, unfiltered view of any type, ESTPs have a unique skill in noticing small changes. Whether a shift in facial expression, a new clothing style, or a broken habit, people with this personality type pick up on hidden thoughts and motives where most types would be lucky to pick up anything specific at all. ESTPs use these observations immediately, calling out the change and asking questions, often with little regard for sensitivity. ESTPs should remember that not everyone wants their secrets and decisions broadcast.

Sometimes ESTPs’ instantaneous observation and action is just what’s required, as in some corporate environments, and especially in emergencies.

If ESTPs aren’t careful though, they may get too caught in the moment, take things too far, and run roughshod over more sensitive people, or forget to take care of their own health and safety. Making up only four percent of the population, there are just enough ESTPs out there to keep things spicy and competitive, and not so many as to cause a systemic risk.

ESTPs are full of passion and energy, complemented by a rational, if sometimes distracted, mind. Inspiring, convincing and colorful, they are natural group leaders, pulling everyone along the path less traveled, bringing life and excitement everywhere they go. Putting these qualities to a constructive and rewarding end is ESTPs’ true challenge.

Restrictions, rules, highly structured environments – these are great ways to drive ESTPs crazy. People with this personality type live life on their own terms, and this makes them brilliant entrepreneurs and freelancers. These roles also allow them to delegate the more tedious aspects of work, the accounting, meticulous research and so forth, to those better suited.

ESTPs are curious, energetic people with a taste for action. There are those who analyze and manage the logistics of public safety resource distribution, and there are those who drive the ambulances, patrol the streets, and save lives with their own two hands – ESTP personalities are the latter. They are highly observant yet impatient, enabling them to take in the whole of a situation at a glance, and act. Any emergency response role is great for ESTPs, whether it be as paramedics, police officers, or soldiers.

Management positions are where ESTPs are usually most comfortable, as they often give the most flexibility. Rules and traditions are a bother for people with the ESTP personality type – they’d rather try a bunch of new ideas with a chance of getting things done faster or better than to pay attention to “the way things have always been done” or subordinates’ comfort with experimentation. ESTPs are practical, with a focus on what does, or could, work best.

This can make for a chaotic environment, but ESTPs’ inspiring cult of personality makes them well-suited to handling such a thing. ESTPs enjoy living in the moment. Rather than some broad, intangible future accomplishment like “making customers happy”, ESTP personalities set small, clear, measurable, and attainable goals that keep things on track day-to-day, and hearty congratulations can always be relied on for a job well done. ESTPs keep their eyes on the finish line, but they get there step by step.

Few personality types are as charming and attractive as ESTPs. Known for their ability to improvise and focus completely on the present, ESTPs are great at finding exciting new things to explore and experience. ESTPs’ creativity and down-to-earth attitude are invaluable in many areas, including their own personal growth.

Yet ESTPs can be easily tripped up in situations where their focus on practical matters is more of a liability than an asset. Whether it is finding (or keeping) a partner, reaching dazzling heights on the career ladder, or learning to plan ahead, ESTPs need to put in a conscious effort to develop their weaker traits and additional skills.

Leave The Light On

Comments Off on Leave The Light On

Although I initially offered to give evidence to the Inquiry, I later decided not to mainly on the grounds that the Government repeatedly refused to give it the same legal powers as the corresponding Inquiry in London. I believe that both the perception and the reality of the Government’s decision is one of unfairness to the victims.

Despite my decision, I did, however, provide the Inquiry with 265 pages of comment and supporting documents, drawing attention to false or misleading information contained in the transcripts of the public hearings. My reason for doing so was to enable the Inquiry to investigate and corroborate the accuracy of my past comments about Kincora and related matters, and to provide the Inquiry with the opportunity to correct the relevant errors in the its published transcripts.

None of the information I provided to the Inquiry is new. Although some of it has not previously been in the public domain, it has been in the possession of the Ministry of Defence and other Government agencies for many years and should have been made available by those authorities to the Inquiry. It should also have been made available by the authorities to previous Inquiries and the Government needs to explain why that did not happen.

Even more worrying, is the acknowledged fact that key Army Intelligence files relating to Tara and William McGrath appear to have gone missing after they were handed over by the Army to MI5 in 1989, prior to Prime Minister Margaret Thatcher’s admission to Parliament (30 January 1990) that Ministers had “inadvertently misled” Parliament about my case. There also appears to be no record whatsoever of what became of all the ‘Clockwork Orange’ project files which I handed over to my superiors when I left Army Headquarters in Lisburn in February 1975. Some of those files related to William McGrath. To make matters worse, it is now clear from the Inquiry’s transcripts that a senior MI5 officer, Ian Cameron, falsely accused me of ‘leaking’ information to the press about William McGrath. His claim was that I did so without authority.

The MI5 claim is bizarre because, as my Army superior at the time has confirmed in the press, I was officially instructed by my superiors in Psy Ops, at the behest of Major General Peter Leng, to brief the press about McGrath as early as 1973, in a bid to draw media attention to his activities. I have no doubts whatsoever that because General Leng wanted the press to investigate McGrath, he had very good reasons for doing so and deserves credit for what he did.

It is also significant that MI5 officer who accused me of ‘leaking’ information about McGrath to the press later refused to be interviewed by the Terry Inquiry investigators about why he ordered Army Intelligence officer, Captain Brian Gemmell, to stop investigating William McGrath. Clearly, the Army and MI5 had very different agendas regarding McGrath and his activities.

Overall, I believe the Inquiry has been a wasted opportunity to establish the full facts relating to this matter and I feel the victims have been let down yet again, as they were by previous Inquiries

Police Investigation Into St James, The School Of Economic Science 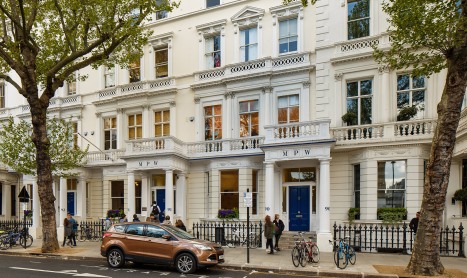 This post is to notify anyone with information that there is now an ongoing Metropolitan police investigation into allegations of child abuse by former pupils at St James’ and St Vedast’s schools run by The School of Economic Science.

The investigation broadly concerns allegations during the 1970s and 1980s.