Everybody Wants To Rule The World

I’m neither surprised or unsurprised by this statement by Northamptonshire Police and I absolutely accept that the force is investigating the Cyril Smith allegations with complete transparency, a point they are at pains to reassure the public on.

Obviously, it is always preferable if an allegation like this can be corroborated but if I’m candid there is such a catalogue of genuine and substantiated cases against Cyril Smith that the bigger picture isn’t really affected.

Still, it would be ideal if anyone who has information regarding this alleged incident could come forward.

“On behalf of Northamptonshire Police, I would like to reassure everyone there is complete transparency in the investigation into the allegations that Cyril Smith was stopped in Northamptonshire with indecent images of children in the early 1980s.

“A thorough and far-reaching investigation by the Force’s Cold Case Team is continuing and we have been working with other forces involved in the wider investigation.

“We have actively spoken to the author of the book where the original claims were made and he and his co-author, and another journalist who has investigated Smith, have all been interviewed as witnesses.

“A large number of former and serving officers, who were serving in various ranks at the time of the alleged incident, and a member of police staff, have also been interviewed, and none can support the events alleged in Mr Danczuk’s book.

“We have also made enquiries with the Crown Prosecution Service (CPS) and no archive CPS materials relating to the specific allegations can be found.

“As yet, no witnesses have been found in relation to these allegations, however, we are continuing to search our archives and have widened the scope of our witness search, which includes contacting the people who were chief officers at the time.

“The investigation will continue until all reasonable lines of enquiry have been exhausted and the public can be assured that further updates will be provided as soon as we are in a position to do so.”

From The Queen’s Speech Debate: John Mann MP on CSA

John Mann makes a passionate speech about CSA on the 1st day of the new parliament. He inducts new members into the ‘scandal’ of CSA in the country, and explains that he has put down an early day motion asking for the Official Secrets Act to be lifted for officials who wish to give evidence to help answer the question of how Cyril Smith, and others, were allowed to get away with prolific child abuse for so many years. 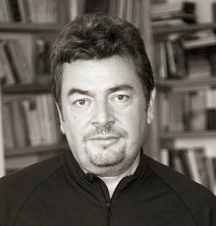 Yesterday evening saw the broadcast of part one of David Aaronovitch’s BBC Radio 4 programme entitled ‘The Anatomy of Panic’ which sought to look at the phenomena of ritualistic sexual abuse. That broadcast can be listened to here- BBC Analysis.

Obviously it is difficult to draw too many conclusions regarding the programme without listening to part two, which unfortunately will not be broadcast until next week, and if part two proves these observations redundant then I hope readers will understand.

For me there were many interesting and pertinent points addressed in the programme. However, its primary fault lay in that it appeared to try and generalise what is an extremely difficult, complex, and emotive subject. David Aaronovitch acknowledged himself the historical cycle between the extremes of believing every allegation of child sexual abuse, then having false and sensationalist claims publicly discredited, and the backlash that follows where the public and authorities feeling duped are incredulous of any allegation of child sexual abuse.

This cycle is repeated when, after a period of public incredulity, a high profile case is demonstrated to be true.  David Aaronovitch acknowledges that this harms the interests of the genuine victims of child sexual abuse and yet it is precisely because of the kinds of generalisations contained in this programme that opinion becomes polarised and positions become entrenched.

There are some with an entrenched position who, shall we say, do not hold David Aaronovitch in high regard and as a consequence dismiss out of hand everything that he says on this issue. This is an intellectually bankrupt position because there were some interesting points in the programme and, if the environment were less poisonous, and the debate less polarised, much would be welcomed. The overview of the history of Satanist Ritual Abuse (SRA) and a look at False Memory Syndrome (FMS) would in a more intellectually open environment be recognised as important and valuable contributions to the debate and the observation that the false allegations in the past of SRA resemble in some ways some of the recent ‘Westminster/VIP’ allegations is insightful and shouldn’t be dismissed out of hand. In any genuine search for the truth these are points that must be considered. Unfortunately, too many on both sides of the debate are not in search of the truth but are seeking to validate their existing position.

Let’s now look at what I see as the failures of the programme.

For me the programme began poorly by referencing the recent Hampstead SRA hoax. In some respects this was inevitable given that David Aaronovitch lives in Hampstead and has written in The Times regarding the impact this has had on him personally and his community. However, it was an extremely poor example to begin the programme with. I’ve written here regarding the Hampstead SRA hoax and as regular readers will already know those behind it and those who perpetuate it are very small in number, a fair proportion of them have mental health issues, and many, significantly in my opinion, are not British nationals with English as a first language.

David Aaronovitch points out in the programme that “This time no one in the mainstream media was biting”. Actually, contrary to the general point that the programme was trying to make, none but those involved with the hoax was biting, not the police, not social workers, nor the overwhelming majority of those in the alternative media (AM). Most in the AM ignored it and of the few that took the subject on the majority, like this blog, condemned it and sought to expose it for what it was. One of the reasons I chose to comment on the Hampstead SRA hoax rather than ignore it is because I could see precisely how it could be used by such a programme as this BBC Analysis to discredit other genuine child sexual abuse allegations and so it has sadly been proven to be, but just because it has doesn’t mean that the comparison is legitimate because it isn’t, quite the opposite in fact as the police have arrested two of those behind the hoax and are seeking to question three others. Far from this case being indicative of a ‘panic’ it is rightly seen as a hoax with criminal implications for those behind it and so it was a very poor choice of subject, even if inevitable, for a programme that appears to seek to generalise the ritual elements of child sexual abuse, to kick the programme off with.

The second criticism I have regards that generalisation of the ritual elements of child sexual abuse I’ve just referred to. This is an extremely complex issue and as I’ve said, generalisation and over-simplification just polarises the debate. That some people who make allegations of ritual child sexual abuse, VIP child sexual abuse, or indeed any child abuse or any crime, are not always telling the truth really isn’t news, at least not until the mainstream media or the legal authorities in some way validate those false allegations through publicity.

Specifically, on the issue of ritual child sexual abuse there are cases within the last 5 years where individuals have been convicted for it.

As I mentioned above, there are some who believe that David Aaronivitch is not a fair commentator on the CSA issue. That is not my view, I think he and other commentators can add robustness to the debate. However, he cannot be oblivious to the impression that this BBC programme with these failures gives to the neutral observer. By, on the one hand focusing on obvious hoaxes and long disproved cases, while on the other neglecting to address the difficult cases which have been established as factual, in the process of creating a programme that seeks to come to general conclusions regarding ritual child sexual abuse and the current explosion of CSA allegations more broadly, it is not difficult to see how some will conclude that David Aaronovitch is biased in his perspective on the issue.

I believe this is unfair and these failures can be put down to poor journalism. I think I can divine the point that David Aaronovitch is trying to make and if I’m correct it is valid but it is far more specific than many probably recognise. Generalising the issue and negatively co-opting the term ‘Ritual Child Sexual Abuse’ does nothing to further the public’s understanding of the issues and must surely be hurtful to those that have been the victims of ritual child sexual abuse, including those that have seen their abusers convicted for it.

Edit: We’ll come back to this following the broadcast of Part 2.

Archbishop Carlson – “I’m not sure whether I knew it [CSA] was a crime or not,”

“And whoever receives one such child in My name receives Me; but whoever causes one of these little ones who believe in Me to stumble, it would be better for him to have a heavy millstone hung around his neck, and to be drowned in the depth of the sea.” – Matthew 18:6

“On May 23, 2014 the current Archbishop of St. Louis Robert Carlson gave sworn testimony under oath as part of a civil lawsuit involving a man, Doe 1, sexually abused as a child by former priest Thomas Adamson at St. Thomas Aquinas parish in St. Paul Park, Minnesota. Archbishop Carlson worked in the Archdiocese of St. Paul and Minneapolis handling child sexual abuse cases from 1979-1994 as the Chancellor and Auxiliary Bishop.”

Archbishop Carlson –  “I’m not sure whether I knew it [CSA] was a crime or not,”