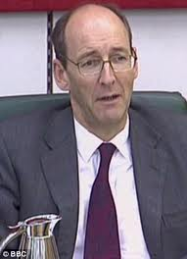 So, last night MPs voted for a Parliamentary Inquiry by 330 to 226 votes, and against a Judicial Inquiry ( à la Leveson) by 239 to 320 votes. MPs voted broadly along party lines.

Despite threatening to ‘walk off with their jumper’ Labour will take part in the cross party Inquiry after the Government promised that a senior barrister would be appointed to take charge of questioning witnesses.

But I doubt the general public will be mollified, especially after Andrew Tyrie, the Conservative chairman of the Treasury Select Committee, who will chair the Inquiry made it clear that there will be ‘no witch hunt.’

Nobody wants a witch hunt, but the public do want those who are responsible for corrupt and fraudulant practices, however wealthy and powerful, held to account.

When politicians use the term ‘witch hunt’ they are using code, it is meant to suggest that anyone who believes that pursuing individuals within a certain clique is being unreasonable.

To regulate or not to regulate, that will be the question, and just how little regulation can the politicians, who all depend on financial support of the banks through party donations, get away with ? I’m dreading this parliamentary Inquiry, I’m dreading having to listen to the special pleading of bankers, the hot air from MPs on the Treasury Committee, and the whitewashed report.

This is exactly the outcome the bankers wanted, which is hardly surprising considering the amount of money they’ve spent on ‘insurance’, through party donations, over the  decades. Unlike Leveson we won’t see all their emails (just a token few) we won’t find out exactly how deeply riven with corruption the establishment truly are.

Nothing substantial will be achieved.

It’s a terrible day for democracy.

Comments Off on MPs Vote for Parliamentary Inquiry.

Comments Off on No Witch Hunt

I would prefer to pull my own teeth with a mole-wrench than agree with anything Ed “The Muttering Idiot” Balls says, but on this occasion I think he’s right.

The “grilling” that “Bent as a nine-Bob Diamond” was subjected to by the Parliamentary Inquiry was as painful to watch as it was hilarious.

Our parliamentarians acted like partisan, point-scoring buffoons throughout the entire “examination” of nine-Bob, and therefore achieved the square root of Sweet Fanny Arkwright (as they would).

If we cannot manage a full, “independent” judicial inquiry then it would probably be best to put nine-Bob on ‘Just a Minute’.

“Without repetition, hesitation or deviation” will be a tough challenge for nine-Bob, it being that he spent his entire time doing all three during his appearance before the Parliamentary Inquiry, without being challenged by our worthy parliamentarians.

Ideally, nine-Bob should appear on ‘Just a Minute’ with slow-witted non-parliamentarians such as Paul Merton, Graham Norton and Ross Noble, who will shred him mercilessly and send him back to one of his mansions in a plastic bag.

Why the emphasis on only Barclays?

While Barclays is essentially destroyed for falsifying libor during the financial crisis of 2008 (and the other banks who had to have also been falsifying libor are left alone) lets think about this for a minute and try to put things in perspective.

In the UK we have a whole host of predatory financial entities like Wonga which wholeheartedly rip off the customer to the tune of 4,214% interest on payday loans, cheerfully advertising their robbery as if they were a vital and respected part of British culture. They are everywhere and they get away with any rate they wish to charge and the FSA completely ignores them.

We also have the Retail operators who double as loan companies selling big screen LCD Flat Screens, X Boxes and any other playtoy you can think of to the weakest segments of society at interest rates of 20-35%. Ive done work for these companies and they freely admit that the payments really are nothing more than rental charges as almost no customer ever pays them off. FSA? They could care less as long as the customer was not forced into it.

You have an entire culture of massive financial rip-offs including insurance, propert agents, construction rate-rigging, and the FSA does nothing.

Ok, so lets go destroy an International Bank that actually provides loans and services at reasonable rates. That makes sense.

Today’s PMQs Reminded Me of My Childhood. 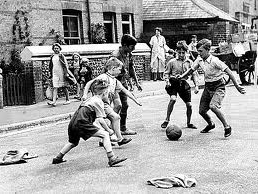 Summer days, playing football in the park, and then one of the boys, unhappy with a decision, picks up his jumper and stomps off home, removing one of the goalposts and ending the game for everyone.

The Conservative led coalition government and the opposition Labour party having taken different views on how to investigate the recent banking scandals that have hit the headlines over the last week or so. The Government want a cross party parliamentary inquiry, while the Labour Party want a judge led inquiry (like Leveson). Labour, for now, are suggesting that they will not take part in a cross party parliamentary inquiry, thus threatening to walk away with their jumper.

Let’s look at why they are taking different positions.

A parliamentary inquiry is quicker and, with finance bills going through parliament, can produce recommendations that can be written into law within a year (lightning speed for government). OK, the horse has already bolted but if your priority is regulation to stop such a scandal happening again, then you should favour this option.

A judge led inquiry takes longer and is more expensive but it is above allegations of whitewash, it is forensic, and if you believe that confidence can only be restored in the financial system by openness, truth and reconciliation, then this is the option for you.

These are the two, highly distilled and principled, arguments of both sides of the debate which you will hear repeated whenever a politicians talks to the media on this subject.

But there are less principled motives for each party taking the positions that they are.

Despite the fact that the Labour party were in power and failed to regulate the banks over the period during which most of these scandals were hatched, it is the Conservatives who have most to fear from a judge led inquiry, their connections with the financial industry is profound and systemic and, just as in the Leveson Inquiry, it is the Government who will come under the most scrutiny and all this in the run up to the next General Election. No wonder Labour prefer this option, and little wonder the Tories do not.

Most comments I’ve read online support a judge led inquiry because most people are fed up with being deceived and would rather know the full horrible truth than have it all brushed under the carpet, and they have little, or no, confidence that a parliamentary inquiry will do anything other than that.

Personally, I would like to see a compromise between these two positions. On the one hand I want politicians to act quickly, but on the other hand, I do want to know the full extent of what has been going on, and I need to be assured that the process is impartial.

Comments Off on Today’s PMQs Reminded Me of My Childhood.

Why Would Barclays Lower the Libor Rate ?

I have spent a long time trying to work out why anyone would want to depress the lending rate (LIBOR) other than the cost of their funding was dropping….

As it was, the large banks were having to pay higher rates for their money as you would expect in a market of tight credit. So why would they start to lower the rate if it wasnt for someone demanding that they did so ?

Also remember that it wasn’t just Barclays they were all at it. I cannot imagine a conspiracy amongst the traders to do this. There must have been a higher authority telling them to do it.

Those are the Bank of England or the Treasury….

The interesting thing about this confrontation, from my view, is that it was arranged under different circumstances, for a completely different purpose and that is always going to  be awkward.

It’s rather like guests being invited to a wedding, only to find out that the prospective groom died the day before, and yet as the church was already booked the family have decided to hold a memorial service instead, everybody turns up because they are curious to find out if the best man has successfully adapted his ‘best man speech’ into a eulogy.

The Treasury Select Committee called on Bob Diamond to attend on them at a time when it was thought to be obvious that he would not be resigning. This was supposed to be an occasion of self righteous bluster and bullying. Bob was going to be obstinate and the MPs were going to look very angry and appear on the 24 hour news channels afterwards to amplify their anger for any of their constituents that had to work, or had better things to do, and could not see them bluster live.

The original purpose of this ‘event’ was to call for Bob Diamond to resign but he did that yesterday.

The release by Barclays yesterday of a memo, which appears to implicate Bank of England Deputy Paul Tucker in the Libor fixing scandal, is a taster of what we might expect. Attack is the best form of Defence.

I’m sure the MPs will still compete with each other to see who can provide the best soundbite for the evening news, one that reflects the pubic mood of outrage, but here is the nub, Bob Diamond knows where all the skeletons are hidden, many of them are probably in safe deposit boxes at Barclays Bank.

Push him too hard and what will he do ?

It will be interesting to see if there are different approaches along party politcal lines.

Comments Off on Preview: Diamond Before Treasury Committee.

“Daddy, why did Mr Diamond resign ?”

“Well son, he tried to implicate, Deputy Governor of the Bank of England, Paul Tucker by releasing details of a telephone conversation he’d had with him.”

“And didn’t that work daddy ?”

“Actually, no son, because the conversation was back in 2008 and concerned Libor rates, he just implicated himself by showing that he must have known what was going on.”