A dog is set to be put to death in Tennessee today after his owner abandoned him because he thought he was gay.

The pitbull-type hound is currently languishing in an overcrowded animal shelter in Jackson but is due to be put this afternoon down unless a new owner can be found at the last minute.

According to the owner of the shelter, the dog’s master noticed him ‘hunched over’ another male dog, which led him to assume he was gay.

SOME of the City’s leading businessmen are named on a confidential list compiled in an international police inquiry into internet child pornography.

The list of 7,272 British names has been obtained by The Sunday Times. It includes at least 20 senior executives in pharmaceuticals, stockbroking, manufacturing and retailing, at least seven of whom are thought to be multimillionaires.

Disclosure of the names to The Sunday Times is likely to prompt a major leak inquiry within the British police and other organisations in the UK supplied with the list.

It is also likely to renew concerns over the policing of the internet and the slow pace of the inquiry which has seen fewer than a third of those listed arrested.

The former chairman of one of the City’s biggest firms of stockbrokers.

A senior director of a well known drinks company. Contacted at home last week, he hung up when asked why his name was on the list.

A millionaire business colleague of one of Britain’s best-known entrepreneurs.

A director of one of the country’s biggest construction companies.

A prominent City PR man who acts as an intermediary between boardrooms, the media and the government. He said last week that police had not visited his home.

A former director of one of the world’s biggest pharmaceuticals companies.

A senior partner at a multinational accountancy firm.

A top executive at a large manufacturing company.

The Sunday Times has decided not to identify the businessmen because the police have still not interviewed them or made arrests in most cases.

Others on the list include a senior teacher at an exclusive girls’ public school, services personnel from at least five military bases, GPs, university academics and civil servants. Many are married and respected members of their local communities.

The Sunday Times via NewsBank

“The Sunday Times has decided not to identify the businessmen because the police have still not interviewed them or made arrests in most cases.”

10 years on, the police STILL haven’t interviewed the ‘suspects’ and so the Sunday Times has STILL not published the names.

Grateful thanks once again to Murun Buchstansangur

As the police investigation Operation Fernbank continues apace, questions are mounting over the role of the London borough of Richmond and its social services department over the scandal.

A report by David Pallister and me on the Exaro News website (http://www.exaronews.com/articles/4817/police-probes-richmond-council-over-vip-paedophile-ring )  that the police have requested and obtained documents from the council’s records dating back to the 1980s.

The council is in the frame because  documents written about Elm House guest house, raided by the police in 1982, name boys who were at the now closed Grafton House  children’s home and were taken  there to be sexually abused by prominent people. It suggests a link between kids under the care of Richmond Council and the notorious guest house.

One of the few prominent councillors around at the time was Sir David Williams, Liberal Democrat leader of Richmond Council for 18 years from 1983 to 2001 and appointed by Eric…

Britain’s top police officer targeting paedophilia warned prominent people who committed such activities to look over their shoulder for the rest of their lives.

In an interview with Exaro, Peter Davies, head of child protection at the Association of Chief Police Officers, issued the stark warning to anyone who carried out paedophile activities – regardless of the offender’s social status.

I’d rather they were arrested. These people feel no remorse for what they’ve done.

The letter can be found here – Tom Watson’ Blog

Personally, I would have been happier if the text of the relevant D-Notice had been published. Also, the letter states that ‘National Media’ are given this advice, The Alternative media is not, so I don’t know how Mark Francois MP expects us to attain the “normal professional standards of reporting” when we are denied the information that the National Media receives. 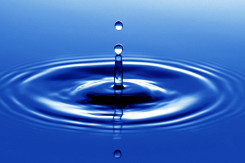 “Anyone who is capable of getting themselves made President should on no account be allowed to do the job.” ― Douglas Adams, ‘The Hitchhiker’s Guide to the Galaxy’

Beyond Good And Evil 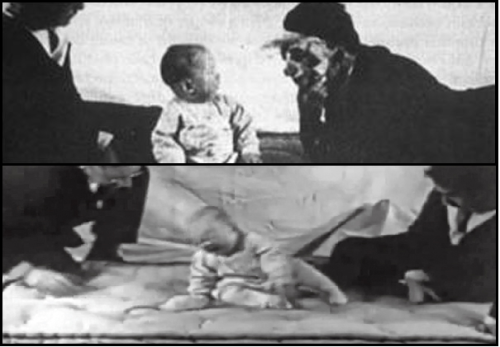 “Whoever fights monsters should see to it that in the process he does not become a monster. And when you look into the abyss, the abyss also looks into you.” – Friedrich Nietzsche, ‘Beyond Good and Evil’

Last night I was considering the possible negative psychological effects of child sexual abuse on victims in later life and I recalled a couple of experiments that were done in the first half of the 20th century. I’m not going to write about them myself but I thought I’d provide links so that if you’re interested you can check them out.

Both experiment are considered by psychologists today to be highly unethical and it is unlikely that any similar experiments will be carried out in the future.

The first experiment is known as the ‘Little Albert experiment’ (pictured above), Which was a case study showing empirical evidence of classical conditioning in humans. This study was also an example of stimulus generalization. It was conducted in 1920 by John B. Watson along with his assistant Rosalie Rayner. The study was done at Johns Hopkins University. The Link can be found here

The second experiment is known as ‘The Monster Study’ which was conducted by Wendell Johnson in 1939 at the University of Iowa. The link can be found here

I hope you find these of interest.