Experimenting On Children In Care

The Porton Down experiments on orphans clearly demonstrates the attitude of the Establishment toward children in care. To them children were disposable assets, just one step up from experimenting on animals.

But it would be naive to imagine that it was only military experiments in the name of national security that were undertaken. A Government like Margaret Thatcher’s in the 1980s which was extremely accommodating to private sector interests might wish to help pharmaceutical companies.

The questions raised by those in care that were very heavily medicated deserve answers.

At Kendall House,  where children were given cocktails of up to 11 different drugs including doses of valium 10 times the recommended  levels and where it would appear that controlled studies were being undertaken, with some girls receiving no medication while healthy girls receiving huge amounts is a case in point.

Why ? Why would a government sanction the excessive medication of children ? Few might gain from it, only pharmaceuticals…

The allegations centre on at least four institutions where thousands of children are said to have been experimented upon in conditions described as “like something out of Auschwitz”.

It is alleged that Porton Down, the top secret military facility in Wiltshire, was involved in trialling drugs for use in the Cold War on youngsters who were regarded as “feeble-minded”.

One survivor told this newspaper he has obtained written and video evidence that he will pass to the public inquiry into historical abuse of children in care when it begins next year.

The man, now in his 50s, has been advised by lawyers to conceal his identity for his own safety until his full submission can be lodged at the inquiry announced by Scottish Education Secretary Angela Constance.

However, he was willing to divulge some of his intended testimony about the treatment he and others suffered.

Children medicated in homes like Kendall House were often prescribed drugs developed to combat the effects of Parkinson’s Disease.

This was due to the fact that other drugs the children were being prescribed, in sometimes huge doses, would produce side effects, like shaking, experienced by those suffering from Parkinson’s Disease. 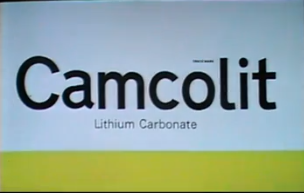