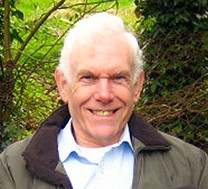 As I suggested  yesterday, following the statement released by Colin Wallace and after talking to Richard Kerr HERE, yet another key witness with information regarding the Kincora child abuse cover-up has decided not to participate in the Northern Ireland Hart Abuse Inquiry.

The demands of victims that an investigation into historical abuse at the Kincora Boys Hostel should be taken up by the Goddard inquiry have finally been denied by the High Court.  This is deeply disappointing because only the Goddard inquiry has the right to compel witnesses.  Survivors are now likely to live out their lives with an inadequate understanding of why the abuse could continue despite many complaints made down the years.

Furthermore, over four decades of abuse of young Christians at Faith House – a Belfast evangelical residential institution – appears to have been excluded from consideration by all inquiries.  Thus the explanation for the continued abuse over the decades of scores and possibly hundreds of young Christians – mainly male but also females and some children – may now never be known.   While the High Court denies Kincora survivors the possibility of being part of the Goddard Inquiry, Faith House appears to be excluded from all inquiries.  Yet Faith House and Kincora were intimately linked through a prominent abuser.

Attempts were, it seems, made in every decade from the 1940s to at least the 1980s to stop the abuse.  The police were occasionally informed and more latterly Military Intelligence.  Some whistle blowers have faced risks to life and limb in trying to expose the abuse, yet it seem the truth will continue to elude us.

As with the Hughes Inquiry that I had agreed to attend but ultimately was not invited to participate in, the Hart Inquiry is unlikely to be capable of taking adequate steps because of legal restrictions.

It is for this reason that I have decided I do not wish to take part in the Historical Institutions Abuse Inquiry now operating at Banbridge.