A full copy of Dr Meehan’s study will be available from the Spinwatch website from 31 March 2016.  www.spinwatch.org 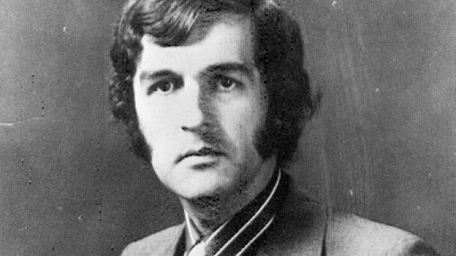 A remarkable new study, with implications for the UK Goddard Inquiry, has shown that the General Medical Council in Britain, the RUC and  the Metropolitan Police withheld from the public important information about Morris Fraser, a doctor who was a serial paedophile. Fraser used his medical status to enable other paedophiles such as Peter Righton and Charles Napier to gain access to vulnerable children.

The comprehensive Spinwatch study by Dr Niall Meehan, Journalism & Media Faculty, Griffith College, Dublin, highlights a catalogue of bewildering failures and cover-ups by the authorities, which enabled Dr Morris Fraser to remain on the Medical Register despite being convicted twice (in 1972 in London and in 1974 in New York) for child abuse. As a result Fraser continued to have access to vulnerable children and to sexually abuse them for a period of some twenty years.

Fraser was a well-known and often-quoted Senior Psychiatric Registrar at the Royal Victoria Hospital, Child Guidance Clinic in Belfast. In 1973 Secker and Warburg published Fraser’s Children in conflict, about the Northern Ireland conflict. It was re-published by Penguin in 1974 and 1979, and in 1977 in the US by Basic Books.

In 1971 Fraser came to the attention of the RUC. He was arrested for sexually abusing a 13-year-old Belfast boy in London.

Fraser was convicted in London in May 1972 and was bound over not to reoffend for three years. This was not reported. After the conviction, his employers were still not told. As a result, Fraser’s professional standing, media celebrity, and access to children, remained unaffected.

Abuse Fraser perpetrated during this period was made possible by a deliberate police cover-up of Fraser’s arrest and conviction.

Between 1973 and 1975 the Disciplinary Committee of the General Medical Council considered Fraser’s fitness to practice medicine in the light of his 1972 conviction.

The GMC did so only because newspapers reported that Fraser was arrested in New York in May 1973 for new paedophile crimes. The GMC ignored Fraser’s February 1974 US guilty plea.

While bound over by a UK court Fraser went to New York and became part of a paedophile group who were sexually abusing children.

It is remarkable that the GMC colluded with police in preventing full knowledge of Fraser’s crimes from becoming public knowledge and that Fraser was merely asked to undergo psychiatric treatment. Fraser was accused by the GMC of engaging in a single sordid act of abuse in London. As exclusively revealed in Meehan’s study that was a lie. Fraser had a co-accused who abused another Belfast boy, a 10-year-old, at the same time and in the same place as Fraser. It is also exclusively revealed that Fraser’s crime was finally officially notified to the Belfast Hospitals’ Authority a year late, in May 1973, one week after his publicised US arrest and after he was already suspended.

Though Fraser was arrested in New York in May 1973 and pleaded guilty in February 1974, Fraser’s reoffending was not brought to the attention of the UK courts.

Despite the GMC being aware of this second, though ignored, US offence, the Disciplinary Committee determined in 1975 that the twice-convicted (on two continents) paedophile could continue practising medicine with no stated restrictions. As a result Fraser used his professional status to rebuild his profile in Britain and to gain access to children. In 1981 Fraser even provided fellow predatory paedophile Peter Righton with a character reference for another paedophile, Charles Napier, to successfully overturn a teaching ban on Napier.

Fraser was convicted in 1992, for a third time, of possessing and distributing over 1,000 images of child pornography on or before 13 May 1987, most of which were photographs Fraser took at home and abroad. Finally, Fraser was sent to jail for a year.

Despite this conviction, Fraser continued to operate a paedophile scheme he set up in Cornwall in 1988 called Azimuth. It was based on a French paedophile operation École en Bateau, with which Fraser was also associated. Fraser used his medical credentials to select vulnerable boys who were sent on sailing trips with a paedophile ‘skipper’, Michael Johnson. In 1994 the latter was convicted and jailed for four years on six specimen charges of assaulting two boys aged nine and eleven. Fraser escaped prosecution and later fled to Holland.

Despite Fraser’s known paedophile activities and convictions, his role, to 1973, in selecting and allocating children to homes, including Kincora, in Northern Ireland has never been examined.  Former Kincora inmate, Richard Kerr, has already stated publicly that he was abused by Fraser when he was in another home in Belfast.

Government Inquiries carried out by Sir George Terry and Judge William Hughes have studiously ignored Fraser.  Why were the authorities been so lenient with Fraser? Why was a Freedom of Information request regarding Fraser turned down in 2015 for reasons of national security?

Fraser’s victims need to be told.  One thing is certain, the full story has still not been unravelled, but it is hoped that his study will fill in some of the gaps.

A full copy of Dr Meehan’s study will be available from the Spinwatch website from 31 March 2016.  www.spinwatch.org