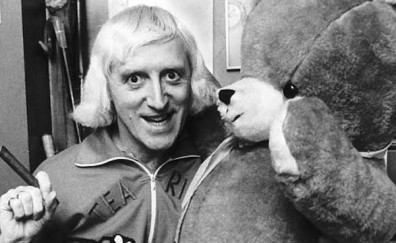 The ‘scoop’ relates to an early draft of Dame Janet Smith’s review on Jimmy Savile.

Without doubt this ‘scoop’ is a feather in the cap for David Hencke and Exaro News. However, the draft is over a year old and judging by the desperate references to it in the days preceding the BBC Panorama on Elm Guest House back in October last years by Exaro, it seems likely that they have had this leaked report in their possession for some time and I think,therefore it is fair to say that the exposure of its contents now is part of a well orchestrated piece of news management, an attempt at moving the news agenda away from scrutiny of their source ‘Nick’, Operation Midland, and the public outrage over the treatment of Lord Bramall.

Nevertheless, regardless of how cynical the timing is, it shouldn’t detract from the newsworthiness of this leaked report, it’s just something that needs to be borne in mind.

[Edit: In fairness to Exaro and David Hencke, I’m adding this comment left by David to the main text here. I may have been a little too cynical in my appraisal above.The last two years have left me cynical but not, I hope, close-minded:

“Gojam
Thanks for the mention. This has nothing to do with news management on the Midland story. It is a separate investigation that I have been doing quietly for months ( which is why I haven’t written on Midland recently) and has taken a lot of time and effort. The trigger that led to us publishing it last night was the long,long awaited decision to publish the final report in six weeks time announced by Dame Janet Smith and also that it would no longer prejudice police investigations. I had enormous difficulty working out from the report what police investigation would be prejudiced as Dame Janet had an agreement with the Met NOT to interview anyone who could be part of a future police investigation.Very odd.”]

Dame Janet Smith’s review into the BBC’s practices at the time of the Jimmy Savile scandal has reportedly been leaked by investigative Exaro, including “devastating detail” on the broadcaster’s “sheer scale of awareness” during Savile’s activities.

The retired judge condemns BBC culture over Savile’s crimes at the corporation in her inquiry report and includes statements from witnesses who claim the TV personality assaulted children “in plain sight”, draft excerpts published by the investigative news website have revealed.

Smith criticises the corporation for a “very deferential culture”, its “untouchable” stars and “above the law” managers.

Her report outlines multiple rapes and indecent assaults on children which she claims were all “in some way associated with the BBC”.

And in the afterword of the lengthy leaked report, the retired judge states: “Finally, I wish to consider whether it is possible that a predatory child abuser could be lurking undiscovered in the BBC even today.

“The answer is that I think it is possible.”