Supplement to the Wanless / Whittam Review

This report was quietly released today;

Of particular interest is this observation by Peter Wanless and Richard Whittam, 3rd June 2015;

‘More broadly, there were a number of references across the papers we saw that reinforced the observation we made in our Review [Review 2.5] that issues of crimes against children, particularly the rights of the complainant, were given considerably less serious consideration than would be expected today. To give one striking example, in response to claims from two sources that a named Member of Parliament ”has a penchant for small boys”, matters conclude with acceptance of his word that he does not and the observation that “At the present stage … the risks of political embarrassment to the Government is rather greater than the security danger.” [Sir Antony Duff to Sir Robert Armstrong 4/11/86]
The risk to children is not considered at all.’ 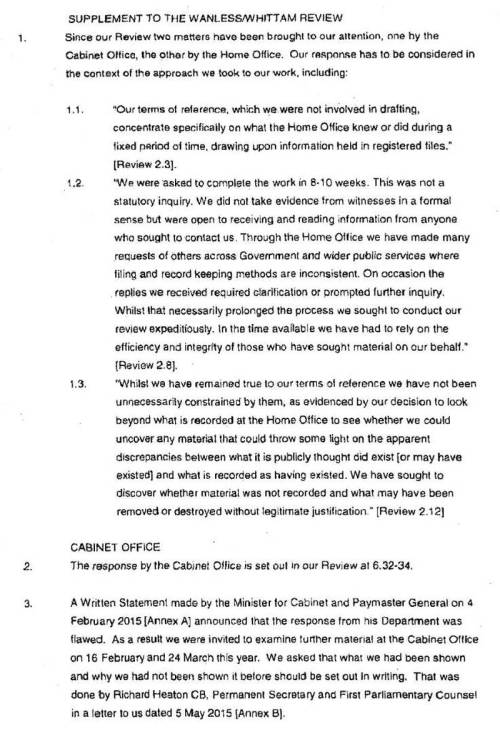 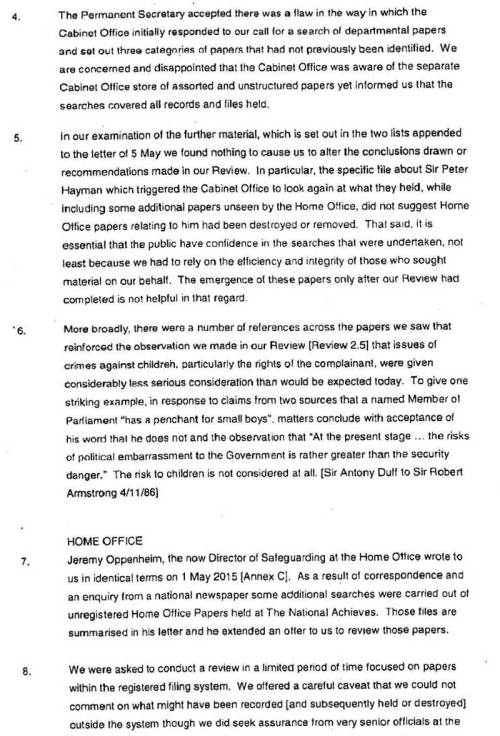 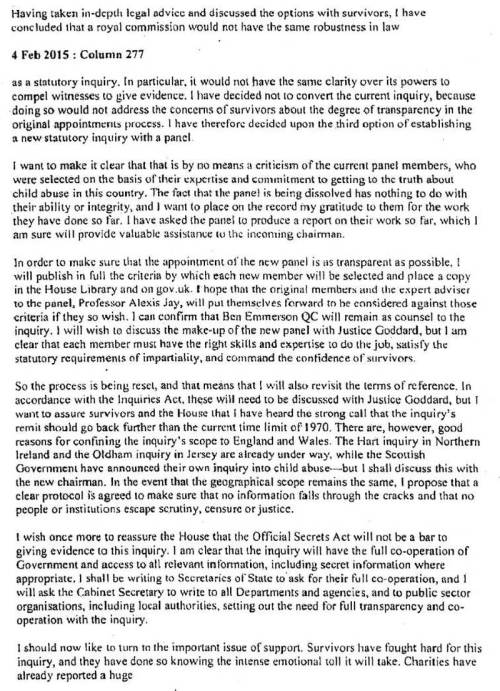 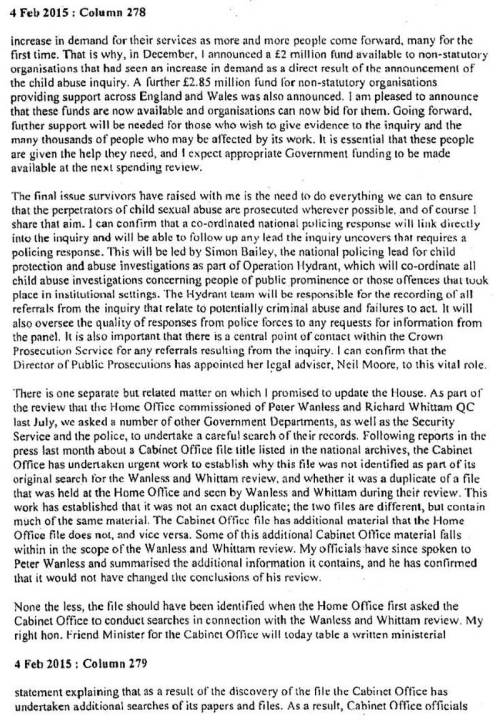 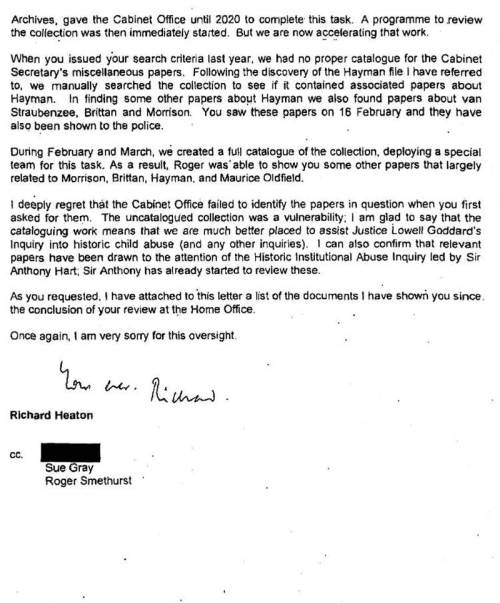 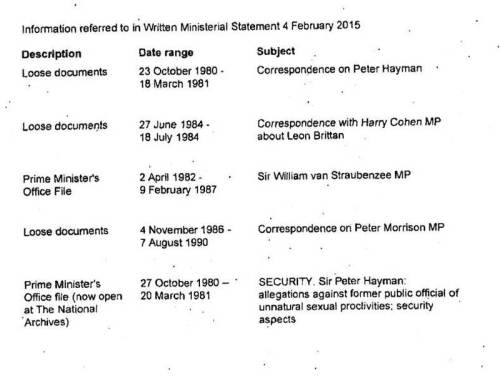 10 responses to “Supplement to the Wanless / Whittam Review”