I could write a great deal about this story but I’ll restrict myself to one observation.

No doubt some will suggest that this is yet another example of a ‘smear’ campaign but then there are some supporters of Exaro News who believe that anyone who questions that news outlet in any way is in fact a paedophile themselves. Such is the brainwashed cult-like following that Exaro have online. 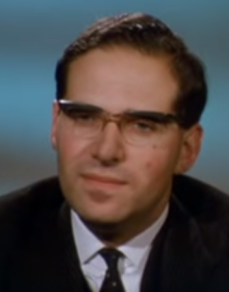 The Independent on Sunday can reveal that the initial legal advice given to the police in August 2013 was that the evidence against him fell short of the standards required to lead to a prosecution. The police agreed, and decided against interviewing Lord Brittan. When the alleged victim, known by the pseudonym “Jane”, was told the evidence was insufficient, she encouraged Labour MP Tom Watson to take up her case. The MP wrote to Alison Saunders, the Director of Public Prosecutions, asking her to ensure that all proper procedures had been followed. The police reopened the investigation, but when the peer was interviewed, he denied he had met the woman in question. Six months later Brittan died with the threat of prosecution still hanging over him.

The CPS opinion has never been made public, but the IoS can reveal that concerns were expressed as to whether, assuming an encounter took place, “the suspect was unaware that the victim was not consenting to the sexual intercourse between them”. “On the victim’s evidence alone,” says the advice, “there is no evidence that the suspect had asked the victim for sex, that he had demanded sex, that he had forced the victim to [lie] on the bed, neither did he ask her to remove her clothing”.

It was reported last week that the CPS was refusing to tell the police what its opinion was of the allegations about Brittan. Jane was quoted as saying “the detective who told me seemed disappointed that neither the Met, nor I, would be told whether Leon Brittan could have been prosecuted. Unfortunately I have to live with the fact.” But this version of events was denied by the CPS on Friday in an unusually strongly worded statement. It confirmed that in July 2013 it had provided police with “early investigative advice” (which the IoS has seen). The statement continued that, since in spite of their later investigations the police “were never able to conclude that the evidential test for a full charging decision was met” and, because “the state of the case fundamentally remains the same as it was”, the CPS stood by its original guidance.