This information is from Rabbitaway.blogspot. The blog does not in general reflect my views but I include the link as I believe it is fair to include attribution.

This suggestion is based on extremely flawed logic and to me demonstrates that those that hold that view have set out to defend Jimmy Savile at all costs, ignoring the evidence, rather than set out to get to the truth. In other words, these people have a pre-existing agenda.

It is interesting to note that this letter which marks the conclusion of Operation Outreach DOES NOT suggest that Savile was not a sex offender. On the contrary, it repeatedly has a clear presumption throughout that Jimmy Savile was an offender. The conclusion within this letter is only that no prosecution against former staff members from Duncroft for complicity in Savile’s crimes would likely be successful and that is an important criteria the CPS must pass before any prosecution goes ahead. 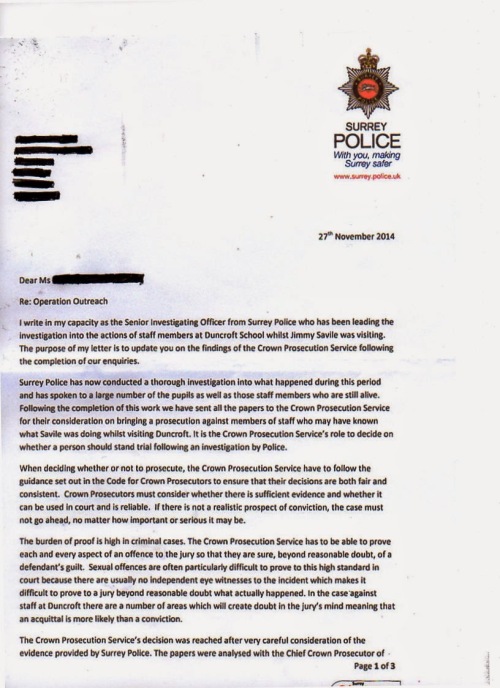 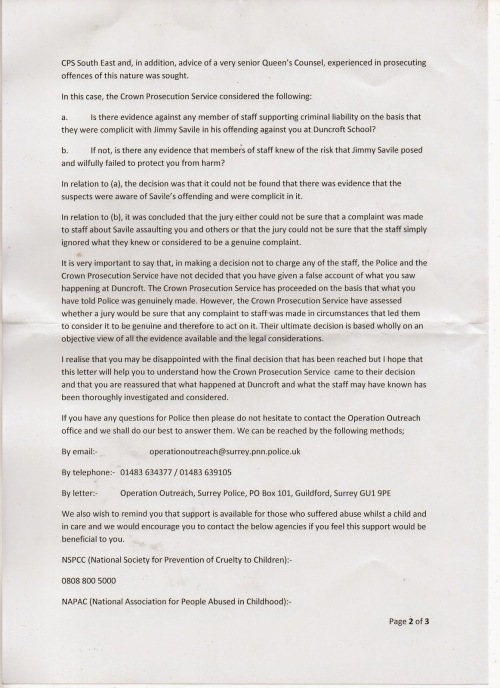 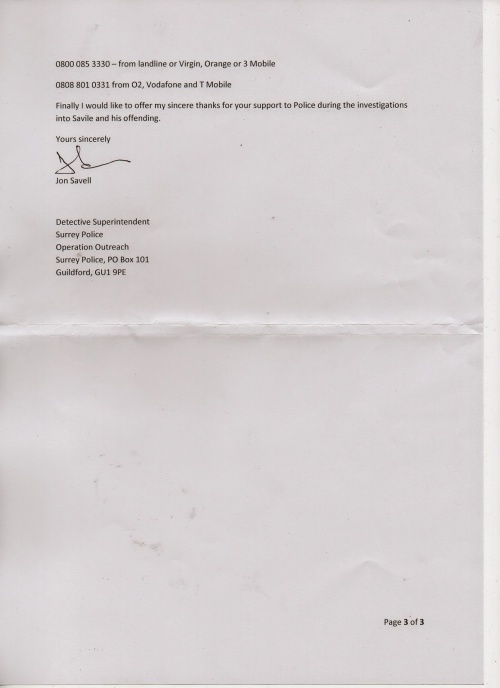