Keith Perry received a suspended sentence this year because it was argued that his addiction to child pornography was a recent lapse. Is 16 years recent ? The school, St Paul’s, appear to have turned a blind eye but then what do you expect from a public school with 18 former teachers accused of sexual crimes against young boys ? 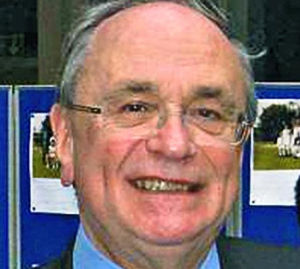 A paedophile teacher kept his job at a top public school for 16 years after pupils found his collection of indecent videos.

Keith Perry taught for 38 years at St Paul’s School, in London, where a police inquiry began last month into sex crimes allegedly committed against boys by 18 teachers since the 1960s.

Perry was convicted this year after police raided his home last summer and found almost 600 films and photographs showing the abuse of children. In online chat rooms, the “inspirational” former head of history spoke of being sexually obsessed with boys as young as eight.

Perry, 71, who retired in 2003, escaped a jail sentence after it was claimed in court that his addiction to the “utterly repellent” images was a recent lapse by a man of “exemplary character”.

It can be revealed today, however, that Perry’s viewing tastes were discovered in 1986, when boys in a St Paul’s boarding house found a collection of videos hidden behind a row of books in his study, where he often entertained pupils. It was always kept unlocked.

A former pupil told The Times that in Perry’s absence he and a small group of boarders watched an excerpt from one of the films. He said it showed a weeping boy, aged about 13, sitting naked on a chair. The child was instructed to perform a sex act.

Inquiries by The Times confirm the boy’s recollection of having been so disturbed by the video that he reported it to a teacher, who told the school’s senior management of the alleged discovery of “homosexual pornographic videos” in the assistant housemaster’s study.

The teacher said the pupil did not give him a detailed description of the video’s content and the school remained unaware of the allegation that some footage included the abuse of children. No investigation was conducted and no formal disciplinary action was taken against Perry.

It is understood that discussions led to Perry being “quietly advised” to move out of the boarding house, which housed 60 pupils aged from 13 to 18. He taught at St Paul’s for a further 16 years.