Savile Abused Hundreds At The BBC.

“The sheer scale of victims’ testimonies being examined has delayed the publication of Smith’s report by a month.” 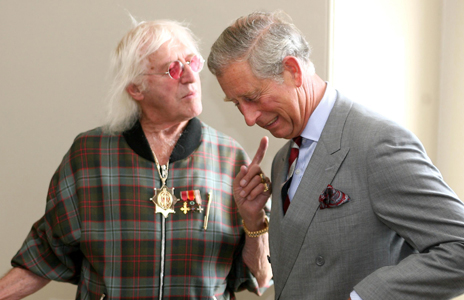 The BBC will be plunged into a major crisis with the publication of a damning review, expected next month, that will reveal its staff turned a blind eye to the rape and sexual assault of up to 1,000 girls and boys byJimmy Savile in the corporation’s changing rooms and studios.

Dame Janet Smith, a former court of appeal judge, who previously led the inquiry into the murders by Dr Harold Shipman, will say in her report that the true number of victims of Savile’s sexual proclivities may never be known but that his behaviour had been recognised by BBC executives who took no action.

Smith’s investigations, which followed the Pollard inquiry into why the BBC shelved a Newsnight programme about Savile, will send shockwaves through the corporation.

A source close to the inquiry told the Observer: “The numbers are shocking. Many hundreds and potentially up to 1,000 people were victims of Savile when he was representing the corporation. The report will overshadow Pollard. It will go right to the heart of how Savile was able to get away with the most heinous of crimes under the very noses of BBC staff for more than 40 years.”

14 responses to “Savile Abused Hundreds At The BBC.”