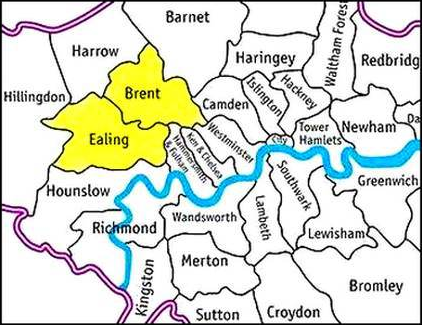 Operation Hedgerow was established by Kilburn Police in the London Borough of Brent following a complaint by a 10-year old boy, about sexual abuse by Kenneth Martin, to a social worker.  It was led by DCI Roger Gaspar. Ultimately, 150 boys and young men were interviewed, 653 separate allegations of sexual offences were collected, over 20 arrests were made and 14 men were convicted.

The trouble with paedophiles is that they work underneath the community. It’s a very effective subculture. They work themselves into key jobs which bring them into contact with children.      DCI Gaspar

The Operation was rated a success because of the novel police approach.

Firstly, they took a different tack with the allegations. Normally, an alleged abuser would be confronted immediately, putting the word of a child against that of an adult and making evidence difficult to collect. Instead, a team was established to keep the abuser’s house under surveillance. They noted the visits of boys and other adults and tailed them home to discover who they were.

Secondly, they formed a very close link to Brent Social Services Department (SSD) at an early stage. David Divine, the director of Brent SSD was called upon to discuss working together. Nine experienced social workers were assigned to the core team and these people supported both the children, their parents and the police.

There was a danger of police priorities dominating,” says Peter Bibby, now acting director of Brent SSD, “but it was identified very early on at the senior level, in one or two meetings where we worked out the ground rules. For instance, we didn’t want to do anything that interfered with their investigation; but we didn’t want them to withhold information from us that would put a child at risk.”  It was agreed that any conflict of interest would be referred up to the top level, where Divine and the commander kept regular contact. (Source)

Detective Sergeant Don Barrell recalls: “A lot of the interviews were away from police stations, in McDonalds or in the social work offices, getting the children’s trust and trying to reassure them that they hadn’t done anything wrong. Ken Martin had instilled some fear in them that they were the guilty party. There’s a sense of achievement when a kid comes across and tells you he’s been abused.” (Source)

Thirdly, DCI Gaspar viewed their success in terms of shifting the power base:

“It seemed quite clear to me”, he says, “that if we were right in our perception of Martin as a prolific offender, then we had to break his hold over the community of kids that he ‘ran’.
It’s a bit like rape: sex isn’t the only element within it, it’s power.  The only people he could, or wanted to, exercise power over were boys.
“We shifted the power base, with all the people we arrested, from the offenders to ourselves.”  The second wave of arrests, in December 1987, netted 20 people in simultaneous dawn raids.  “That was done deliberately for the shock effect, and to remove then all from the environment so that we could then get to work on the children,” Gaspar explains. (Source)

Fourthly, the police took the approach of investigating all the leads, and expanding the operation, rather than limiting themselves to dealing with the single complaint from one social worker. This resulted in the exposure of two paedophile rings.

In August 1987 an allegation against Kenneth Martin came to Kilburn police. Martin had been arrested in 1981 for similar, although minor, offences and was released on bail.

DCI Gaspar took an early decision that a reactive response to the original allegation against Martin would fail.  Instead a team was established to keep Martin’s house under surveillance. They noted the visits of boys and other adults and tailed them home to discover who they were.

After two months, there came a night when police were sure that a boy was staying over. They raided the house and found Martin and the boy naked together in the bedroom.

A dedicated telephone hotline was set up and publicised, manned by social workers, at Brent Council.

The Daily Express first broke the story on 13th October 1987 when they described the raid at a 63 year old market traders’s property in North London. The next day they reported that police were liaising with officers investigating similar rings in the London and Croydon areas. These were likely the ‘dirty dozen’ and ‘Jason Swift murder rings’ investigated by Operation Stranger.

By December 1987 more than 20 people were taken in for questioning and 140 boys, mainly from the Brent area of North London, aged between 10- 14, had been interviewed. Most of the victims came from London, but others lived in Berkshire, Wiltshire, Devon and Cambridgeshire and some were ‘recruited’ from special schools.

Ken Martin, says Gaspar, had “a highly defined system: he had a market stall at the Sunday Brick Lane market, selling boys’ toys: train sets, cars, action man outfits. He also had his living room kitted out with three computers, an oval of train sets, sweets laid out on the mantelpiece.
“And he would attract kids from the locality that way. He abused the kids himself. He jointly offended against two boys with one of his co-defendants, and they were particularly nasty, violent homosexual rapes; but there wasn’t a great passing around of kids. (Source)

On 3rd December 1987 two men arrested were named as Kenneth Martin, 63, and Bryan Peter Howard Edmunds, 59. On the 8th April 1989, The Glasgow Herald reported three convictions;
Kenneth Martin, 65, was jailed for 13 years
Brian Howard-Edmonds, 60, was jailed for 7 years
Charles Wellings, 54, was given a total of nine years after being convicted of five offences including buggery, aiding and abetting buggery, and indecent assault.

2. The Alan Delany/Colin Peters Ring, Ealing
This was the subject of a separate trial.

The other ring, however, said Gaspar, was organised in a loose sense for mutual interest, and they would pass the kids around. Members of this ring used advertisements for jobs in local newspapers, a CB radio, and babysitting favours to attract boys. The paedophiles did nothing else except go to work or look for kids, Gaspar says. They had no hobbies: their passion was all-consuming. (Source)

The Times reported on 12 November 1988 that six men were brought to trial:
Colin Peters, aged 45, a barrister, Alan Delaney, aged 48, a director of a cleaning company; Ernest Whittington, aged 64, a Brent council estate orderly, was known to children he befriended as “the chocolate man” because of his generosity. Patrick Norris, aged 19, his half-brother, Sean, aged 18, and Victor Burnett, aged 43.

It was revealed in court that a British Telecom engineer called to the Delaney home and found a photograph album behind a bedside cabinet while he installed a telephone. The court was told that the album contained 40 photographs of boys and girls aged seven to 16 in nude poses and one of simulated sex.
For the first time in a UK court, witnesses were shielded from their attackers.

In February 1989, the Daily Express Reported that a Mafia-Like conspiracy  – said to include a senior House of Lords official and a West London vicar – was exposed before a shocked court. On 3rd February 1989, Patrick Norris, aged 19, and his half brother Sean, aged 18, admitted conspiracy to pervert the course of justice. Patrick was sentenced to 18 months’ detention and his brother put on probation for two years. The next day, 4th February 1989, the remaining four men were jailed for a total of 34 years.

Colin Peters, barrister and former Foreign Office lawyer, was jailed for eight years for conspiracy to commit buggery and conspiracy to pervert the course of justice.

Alan Delaney was jailed for 11 years for conspiracy to commit buggery, indecent assault, taking indecent photographs, indecency with a child and attempted buggery.

Victor Burnett was jailed for nine years for conspiracy to commit buggery.

Ernest Whittington a council estate orderly, of Harlesden, North London, was jailed for six years for conspiracy to commit indecent assault and three counts of buggery.

Operation Hedgerow was reported to have resulted in the jailing of 14 men.

In November 1994, Nick Davies commented in the Guardian about the investigation:

When the inquiry closed, the two detectives John Lewis and Roger Gaspar, produced an internal paper. It was entitled “People not Property” and it argued the case for setting up a central, pro-active unit to dig out evidence of child pornography and abuse. They pointed out that Scotland Yard’s specialist squads were devoted to protecting property – arts and antiques, cheques, counterfeit currency, stolen cars, frauds, robberies, burglaries. They wanted a squad that protected young people. They said they could gather intelligence by visiting runaway children who had returned home, or victims of abuse who had had time to recover, or convicted paedophiles who were serving sentences. Once they had the intelligence, they could target the suspects.

They presented their paper to the Association of Chief Police Officers and to the men who were then in charge of serious crime at Scotland Yard, but nothing came of it. As if to add insult to injury, Detective Chief Superintendent Gaspar was put in charge of stolen cars.

More recently, The Independent (3rd March 2013), commented on Operation Hedgerow:
Reports at the time said the ring “was used by highly placed civil servants and well-known public figures”, but police didn’t have “the evidence or manpower to pursue them in court”. The investigation led them to conclude that “we have only scraped the surface of the paedophile menace in Britain”.

Roger Gaspar, a former detective inspector who was part of the Hedgerow team, confirmed that Grafton Close children’s home featured in their investigation. It was remarked that Peters, then aged 43, a barrister and tax adviser, was seen as “a key figure in the ring”. ‘Detectives said the abuse spanned a five-year period and the charges were only specimens – meaning that the abuse was much wider than documented in court.’

He added: “There were suggestions that boys were taken to Amsterdam, but we did not have time to investigate. It was a year-long investigation and Amsterdam was one of a number of leads. We just didn’t have time to look at it in detail.”

Operation Hedgerow ran until 1989 but despite its success, it seems that there were many unexplored connections.