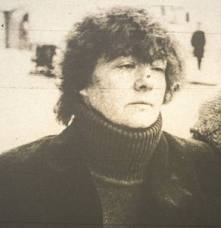 Over the last year I’ve had contact  with a number of confidential sources who have helped me to form a better understanding of the kind of person Carole Kasir was.

My view, at this time, is that she was a selfish, vindictive, manipulative liar, and an alcoholic.

Following the raid on the Elm Guest House in June 1982, Carole’s son was taken into care and placed in Grafton Close children’s home and the evidence appears to show that eight years later Carole Kasir approached NAYPIC with a view to maligning those people responsible for taking her son into care.

I know of two clear examples where she did this. Examples where two men Carole Kasir accused of child abuse at Elm Guest House couldn’t have plausibly done so, two men who were involved in the care of her son. Both of these men have been described to me by those that have met them as decent, honourable, child welfare professionals, both now retired, who had spent their working life protecting children from abuse and who were certainly not responsible for it.

Given these clear examples where Carole Kasir has been shown to have lied, is it reasonable, in the absence of any corroborating evidence, to assume that in every other case she told the truth ?

I’m not suggesting that everyone she named is innocent, only that Carole Kasir is not a credible source and that without corroborative evidence it would be extremely foolish to suggest that all men that she named were child abusers.

That does not mean that the ‘Mary Moss Documents’ do not contain interesting evidence and information which raises important questions.

1) Why do Elm Guest House room-bookings refer to ‘children’ ?

2) What was the exact nature of the involvement of Spartacus at Elm Guest House ?

3) What was the exact reason for the raid on Elm Guest House ?

These questions stand outside of Carole Kasir’s testimony and are still valid in my view.

Note 1: This post does not allude to any person who is currently awaiting trial.

Note 2: The view that is expressed here has been formed as a direct result of six different, independent confidential sources all with very different perspectives on this subject.

Note 4: I have never been pressured by anyone to remove any post.

Note 5: This is the limit of what I wish to publish on this subject at this stage.

If you have information connected to Operations Fairbank or Fernbridge you can call them direct on 0207 161 0500.