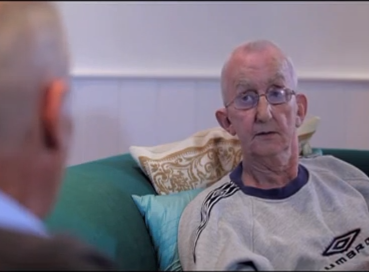 Christopher Fay, 64, of Blackheath, south-east London, pleaded guilty to one count of entering into an arrangement – money laundering – and was jailed for a year.- 2 February 2011

This story is true and is referring to Chris Fay, pictured, who is a former advisor to NAYPIC.

I was first made aware of this about a month ago. At the time I miscalculated Chris’ age and thought it referred to another person. However a week or so later I realised my mistake.

I’ve talked to Chris about this and he said, “I was bloody stupid.”

I asked him directly if he was aware of the wider fraud that the “money-laundering” conviction was connected to, and Chris has assured me that he was completely unaware of the fraud which is the main subject of the BBC article above.

I’m not going to comment further on this. To my mind this is a bit of a distraction from the child abuse issue and in no way takes away anything from the fact that over 20 years ago Chris Fay was volunteering his time to supporting young people in care and uncovering child abuse.

Now, there will be some people who are reading this that I want to send a very clear message to.

I know exactly where this information emanated from several month’s ago ! I don’t want YOU to think I’m a fool, it’s noted and I do not consider it friendly.

It’s rather funny how the monkey tries to blame the ‘media’ for trying to discredit Chris Fay at this time, while himself supplying links to news articles from almost 3 years ago. 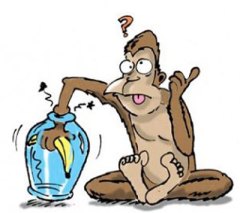 How to catch a monkey:- Innate greed and ignorance are the key.