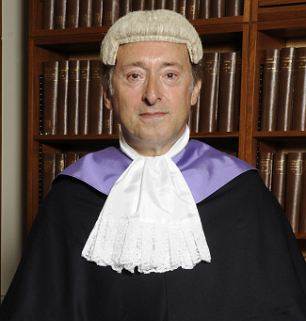 The Crown Prosecution Service has criticised a barrister acting on its behalf for describing a 13-year-old sex abuse victim in court as “predatory”.

Robert Colover also called the girl “sexually experienced”. The CPS said his language had been “inappropriate”.

Neil Wilson, 41, admitted abusing the girl at his home in Romford, London, and was given a suspended jail term.

The Attorney General’s Office said the sentence had been drawn to its attention as “possibly unduly lenient”.

Details of the case come as the head of the judiciary in England and Wales says a select pool of judges with specialist training will be created to handle complex child abuse cases, amid concerns at the way some child witnesses are treated in court by lawyers.

The police were alerted to the actions of Wilson, who now lives in York, after his victim had told a friend. Images of child sex abuse were also found on Wilson’s computer.

Wilson later admitted two counts of making extreme pornographic images and one count of sexual activity with a child.

Mr Colover, who was representing the CPS at Wilson’s sentencing hearing at London’s Snaresbrook Crown Court on Monday, said: “The girl is predatory in all her actions and she is sexually experienced.”

The judge, Nigel Peters, said that when deciding Wilson’s punishment, he had taken into account the prosecution’s comments that the girl looked and behaved older than she was. Wilson’s eight-month jail term was suspended for two years.