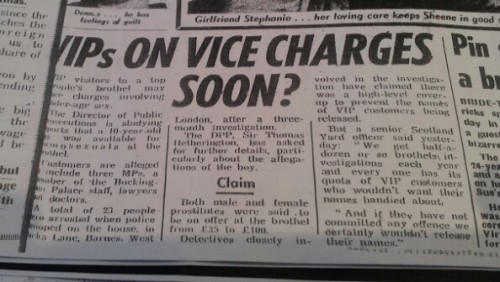 I’ve been as responsible as I possibly can but I’m fast approaching my publish and be damned moment. Absolute silence from the MSM and no arrests as far as I’ve heard.

So, I’m going to do a poll and you can decide.

Not that you don’t already know who it is.

61 responses to “Poll: Name The Paedophile In Thatcher’s Cabinet ?”