Who was Thomas Kenyon ?

It is a good question. 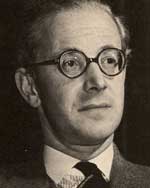 Much more is known about his father, pictured above, Lloyd Tyrell-Kenyon 5th Baron Kenyon DL FSA CBE. From this point onwards refered to as Lord Kenyon.

Lord Kenyon was born 13 September 1917 and was educated at Eton College and Magdalene College, Cambridge

Between 1947 and 1982 ‎Lord Kenyon was‎ President of the University of North Wales at Bangor.

From 1948 he was the‎‎ Deputy Lieutenant for Flint. (North Wales)

Between 1952 and 1957 ‎Lord Kenyon was‎ President of the National Museum of Wales.

He was Commissioner of Wales Boy Scouts 1966

Between 1966 and 1988 ‎he was Chairman of the National Portrait Gallery.

But who was “The Honourable” Thomas Kenyon ?

We know something about his elder brother, the 6th Baron Kenyon, also called Lloyd Tyrell-Kenyon.

But what about “The Honourable” Thomas Kenyon ?

It really does seem a shame to me that such a great family with such a longstanding connection to North Wales should have such little about them written on the internet.

And so, I feel it is my duty to rectify that. This article shall be a work in progress and anyone who can help fill out the biographies of senior members of this illustrious family can post in reply. Please provide links to sources of info.

“A 23 – YEAR – OLD man appeared for the second time before Birmingham magistrates today accused of arson at the city’s Central Y.M.C.A.

Thomas Tyrell – Kenyon, youngest son of Lord Kenyon of Whitchurch. Shropshire, was reamnded (sic) until May 19.

He was living at the Y.M.C.A., in Snow Hill, Birmingham, at the time of the alleged offence.

A condition is that Tyrell-Kenyon remain in a secure wing of the North Walse Hospital, Denbigh.

Tyrell – Kenyon has two brothers and a sister. His father is a director of Lloyds Bank.

5 responses to “Who was Thomas Kenyon ?”